Chisholm Fescue is an endophyte-free tall fescue cultivar of Tunisian parentage with excellent persistence recently released by the Noble Research Institute. It was developed to provide livestock producers with a persistent, perennial cool-season grazing option and is adapted to the hot, dry summer environment typical west of Interstate 35 in Oklahoma and Texas where summer-active types fail to survive and offers more resilience during drought periods in traditional fescue zones.

Chisholm is capable of producing high-quality pasture from autumn through spring suitable for grazing livestock before entering summer-dormancy; this fills the forage gap by reducing the need to feed hay and provides a perennial grazing option to complement or replace winter annual plantings. Chisholm tall fescue can be used in both tilled and no-till forage-based livestock production systems.

This field of Chisholm Fescue was one year old. In August 2020 it was mowed and fertilized. It rained 3 inches on September 1, 2020. It averaged an inch a day growth in 22 days. 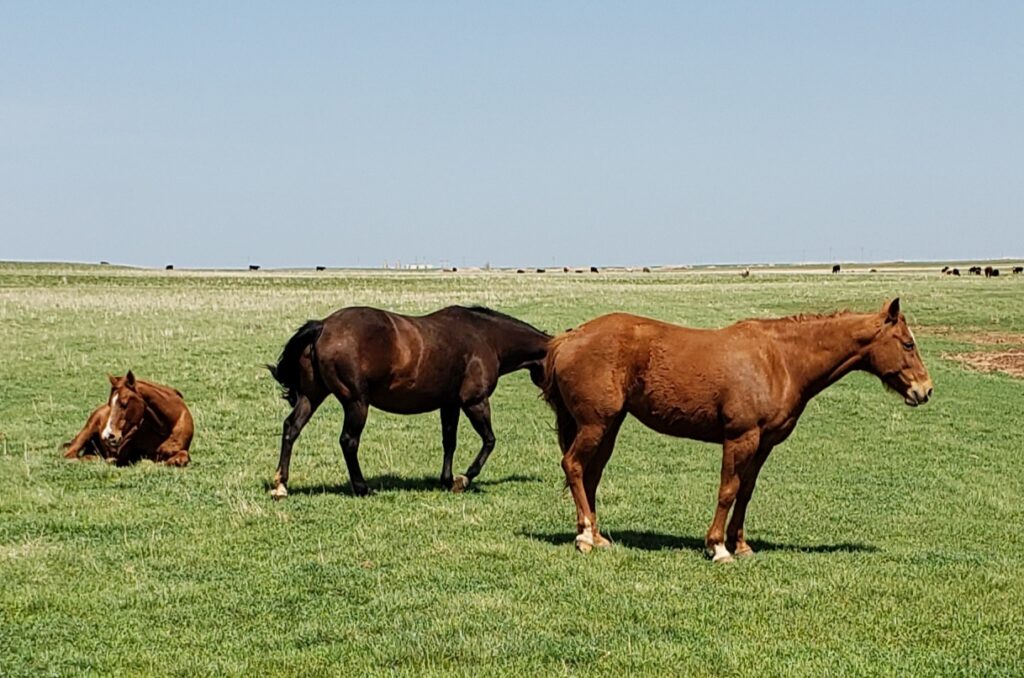 Chisholm Fescue is an endophyte-free cultivar. We had it tested to verify it and this is our 5th year of production. I have a friend that had 3 old brood mares from 17 to 21 years old. He said they were in poor shape and could see their ribs, even though he had been feeding them well. He visited with his veterinarian and he said it was probably due to their age. He put the horses in the Chisholm Fescue pasture with the cattle and when I looked at them about 2 months later they had a shiny, healthy bloom and looked 10 years younger. One of mares foaled while she was still on the Chisholm Fescue. He said he was going to put more of his horses on it next season.